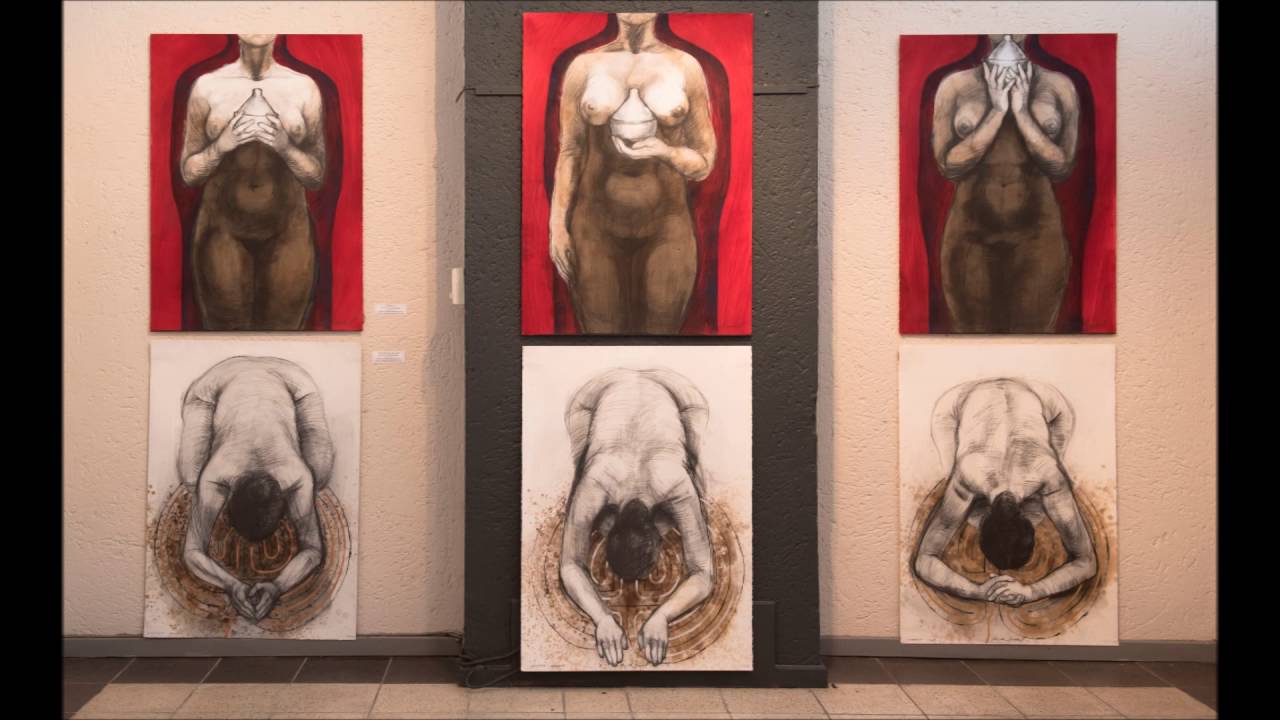 Shining the spotlight on one of South Africa's woman artists.

A South African artist. A woman. She grew up in Kroonstad, studied in Johannesburg and also lived in New York for about 22 years. There is currently a retrospective of her New York work in Pretoria. Dr. Elfriede Dreyer is the curator.

From the catalogue: 'The period 1981 to 2003 represents 22 years ofwork while I lived in New York. Running throughthese years are two major themes: confrontingpatriarchy and re-gendering God.

Through art-making I quarreled with the legacy andunyielding demands of the patriarchal Calvinism thatshaped my childhood in the 1950s. My ongoingconfrontations with “the man” in graphite on paperwilled a relationship to masculinity that transformedmy inner landscape. I lined the avenue through thischanged landscape with images of rock-steadybenevolent protectors — sentinels guarding thepsychological odyssey of individuation. This journey,accompanied by Jungian therapy and much reading,eventually led me to a gender shift in the image of the sacred, culminating in my resurrection of ancientnotions of the great mother, goddess, the sacredfemale. In this process, I imagined an embodiedreflection of those parts of being that had beenmarginalized or rejected by western monotheism’smisogyny and its casting of the sexual female bodyinto the abyss of so-called original sin. A thirdoverarching theme that intersects with both thetransformed patriarch and my path to goddess is an ongoing dialogue with issues of identity and(in)visibility.

During my sojourn in that great city, art-makingremained my passion despite limited exhibitionopportunities. All the work — whether self-images,male effigies, symbols, or the sacred female — speakto a relationship to body, which is our basic reality, mybasic reality. Between the stepping stones that markthis journey run little seams (themes) of blood andtears – little tears (skeure) in the fabric of being thatare re-connected and re-sewn by the very traces leftby these seams. After having unconsciously slippedfrom the patriarchy of my parental home into theconfines of a patriarchal marriage, the years followingmy divorce opened the path to my authentic voiceand to the agency denied by the social norms in1960s South Africa. Now, when I write about thework of the New York years, these words on papercreate distance between me and the work. Butduring those years the work was right up against me— part of me.'

Link to Podcast about the retrospective:

More about the artist: