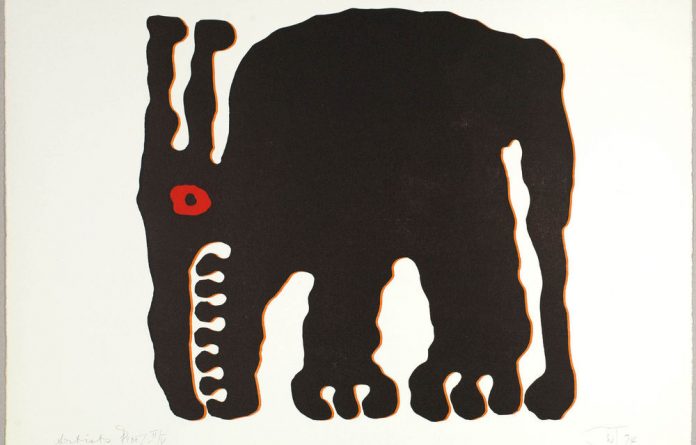 The artist who disappeared without a trace.

I was fascinated by this story when I first heard it. A South African artists and poet with quite an interesting - although vague - background, who just disappeared one day.

That is the story about Wopko Jensma. There is not a lot of information available when you read up about him. He was born in the town of Middelburg in the Eastern Cape, to a Dutch father and Afrikaans mother. Through his art and poetry he made it clear that he was very critical of the South African apartheid government of the time. But apart from that, he was critical of society as a whole, the way people do not think about what they do and just follow 'rules' like sheep.

I found his art interesting in a way that it challenges conventions and makes you wonder what you are looking at, long after you have left the display of his work. His poems were even harder work, if we can call it that, or demanded more from the reader than your average poem. And even if it was not always understood, it certainly demanded attention.

Jensma also suffered from schizophrenia and it seems he was aware of the condition, as he frequently talked about it in his poems. That must have isolated him even more.

"The impact and effect of Jensma’s work is poignantly expressed by Michael Gardiner, “Jensma’s work comes from the experience of being discarded, rejected and oppressed and it expresses, as few other artists have achieved, the manifold horror and pain of that condition.”

His poems he often wrote in different languages and different shapes, defying ordinary 'rules for writing'.

In his late years, he took refuge at the Salvation Army and in 1993, when one day he went for his routine medical check-up, he just disappeared without a trace.

In his remarkable poem ;Spanner in the what? Works?' it is speculated that he foretold his own death. Prophecy or not, no one knows what happened to him after that day, so his death, as much of his life is still shrouded in mystery.

Here are two links to some articles about him I found: